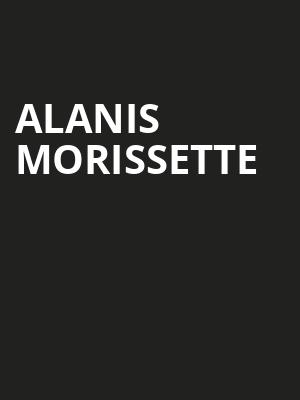 Jagged Little Pill is like a Nineties version of Carole King's Tapestry: a woman using her plain soft-rock voice to sift through the emotional wreckage of her youth, with enough heart and songcraft to make countless listeners feel the earth move.

In 1995, Alanis Morrisette released her epic alt-rock masterpiece, Jagged Little Pill, displaying an evocative talent in songwriting and emotional resonance. As the soundtrack to a generation, this 33 million-selling album cemented Morrisette as a definitive 1990s rock powerhouse and is currently lighting up the Broadway stage with its very own musical adaptation!

Now celebrating 25 years of the iconic record, Morrisette has announced she will take to the road in 2020, giving fans the chance to catch some of the album's most revered tunes live, alongside new songs from her forthcoming record; Such Pretty Forks in the Road. See the unique Canadian singer-songwriter at her best alongside support from fellow '90s legends Garbage and Liz Phair!

I hate writing this review because I love Alanis Morissette’s music.... more

Sound good to you? Share this page on social media and let your friends know about Alanis Morissette at Riverbend Music Center.