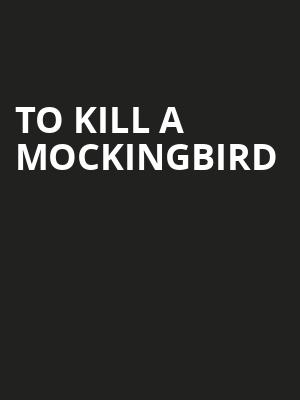 To Kill A Mockingbird

This is theatrical storytelling so assured and involving it's hard to imagine anyone not being mesmerized.

Why See To Kill A Mockingbird?

The Broadway hit now on tour!

Oscar winner Aaron Sorkin brings his Broadway smash hit out on tour for the first time! Opening to much critical acclaim back in 2018, To Kill A Mockingbird tells the story of a black man accused of rape in pre-civil rights era Alabama and the noble lawyer who defends him. Directed by the iconic, and Tony-winning Barlett Sher, witness the tale of an era come to life on stage!

A portrait of simmering racial tension in a small southern town, To Kill a Mockingbird is considered one of the greatest American novels ever written. In today's current climate, its themes of prejudice and inequality seem just as prescient, while the book's steadfast lawyer Atticus Finch remains the gold-standard for noble heroes.

WHAT IS TO KILL A MOCKINGBIRD ABOUT?

Told through the eyes of 13-year-old Scout, Mockingbird is set in the pre-civil rights era Deep South of the 1930s. When local black man Tom Robinson is accused of raping a white girl, Scout's lawyer father Atticus Finch takes on the case, determined to try and give Tom a fair trial. With his decision to defend Tom, Atticus finds himself ostracised from the community, and the lives of his family put into danger. As the trial approaches, Atticus must choose whether to buckle under the mounting pressure or to stand his ground and fight for what is right.

Images are taken from the original Broadway production and may not reflect the current cast.

Seen To Kill A Mockingbird? Loved it? Hated it?

Sound good to you? Share this page on social media and let your friends know about To Kill A Mockingbird at Procter and Gamble Hall.