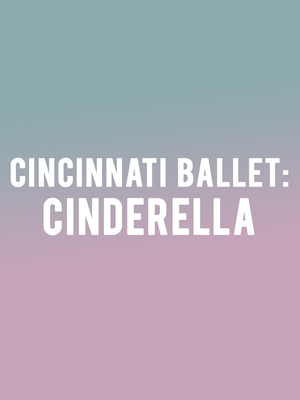 Cinderella really is a pleasure; hilarious, touching and a heartening tale of love conquering everything standing in its way. Not for pessimists, to be sure. But for the hopeful souls among us, a treat.

You shall go to the ball

Cincinnati Ballet and Victoria Morgan have laid on a visual feast, with delightfully colorful sets and costumes, bubbling over with enchantment for this production of the classic fairytale. Zany and bright, it sparkles with wit and cleverness, creating an exciting, family friendly take on the beloved fairytale, with Serge Prokofiev's wonderful score performed by the Cincinnati Symphony Orchestra.

In a Kingdom far far away

An enduring folk story, Cinderella has seen many incarnations since first appearing in Europe 500 years ago.

Whilst some versions follow a bloody, medieval theme, the most popular is that of the downtrodden step-daughter, cheated from her inheritance by her evil step-mother and her less than appealing sisters. But their careful shielding of 'Cinders', who they treat as a servant, is all for nothing, as she is saved by a doting and magical fairy-godmother, who transforms her from ash-covered maid to sparkling princess who captures the heart and the mind of the Prince at a lavish ball, who searches the Kingdom for the girl who left behind only a dainty glass slipper...

Sound good to you? Share this page on social media and let your friends know about Cincinnati Ballet: Cinderella at Procter and Gamble Hall.