Sorry! You missed Taking Back Sunday at Bogarts 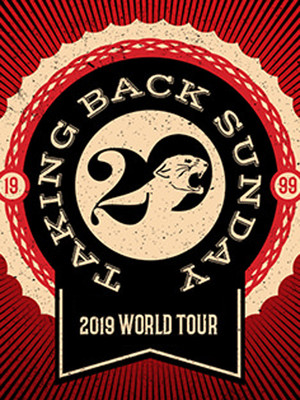 Why See Taking Back Sunday?

After recently announcing an album to commemorate their 20th anniversary, Taking Back Sunday are also hitting the road on an extensive world tour in celebration! You'll get the opportunity to see the band paying tribute to their catalog along with full album performances for you and fans to enjoy.

Hailing from Amityville, NY, Taking Back Sunday have been familiar names on the emo-punk rock scene since the early 2000s, their angst-driven lyrics striking a chord with Thursday, Brand New and Jimmy Eat World fans across the US. They released their first full-length album with the iconic Victory Records in 2002, hence unleashing the most anthemic of anthemic post-hardcore break-up songs "Cute Without the 'E' (Cut from the Team)" into the world.

Sound good to you? Share this page on social media and let your friends know about Taking Back Sunday at Bogarts.